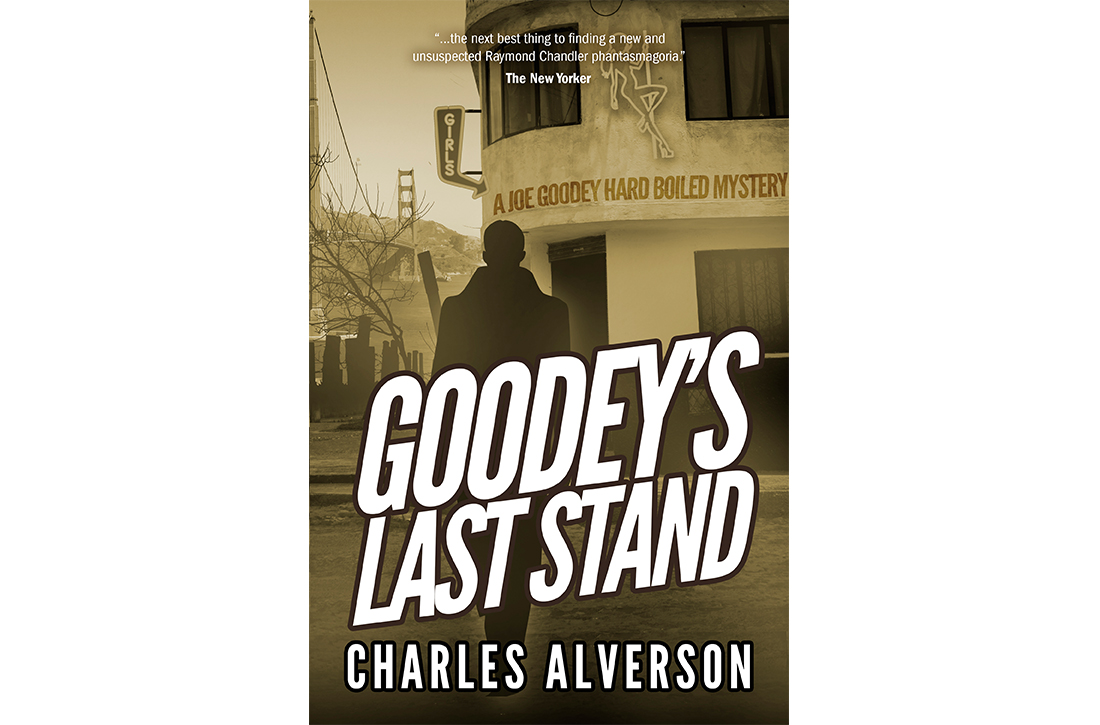 “…the next best thing to finding a new and unsuspected Raymond Chandler phantasmagoria.” – The New Yorker

SFPD Detective Joe Goodey has all the luck: Bad.

After accidentally shooting an elderly janitor – who just happened to be the mayor’s cousin – the detective is given an ultimatum: Get out of town – and lose his badge – or go to jail.

But just as soon as Joe leaves sunny San Francisco, a “special friend” of the mayor’s – Tina d’Oro, an infamous North Beach go-go queen – is murdered. Worse, her black diary, filled with intimate details of her many liaisons, has gone missing.

It’s a sensitive situation – one that requires a certain down and out detective’s skills. And discretion. It’s not much of an offer, but with no prospects on the horizon, Goodey accepts the case. Freshly minted Private Investigator’s license in hand, Goodey returns to San Francisco to find the killer, recover the black book and, just maybe, get his old job back.

But not everyone wants Joe to solve the case or uncover Tina’s diary. And with time running out and his adversaries closing in, this hard-boiled mystery might wind up being Joe Goodey’s last.